This is the first warband I finally got around to painting, and it turned out to be one of the best paintjobs I have ever done. Shadespire is a “tactical” board game that involves user created decks of cards, and 1 – 2 opposing warbands.

Lore wise you’re a bunch of dead dudes fighting in Shadespire for reasons–don’t quote me on this though.

The concept of the game in a nutshell is quite simple.

Ful-Grimner
Leader of the Chosen axes, and probably the scariest model in the game so far. He is a very large threat, and can do more damage then any other character in the game.

This is actually the most work I have ever spent on a single model. I love this guy, and it made me start collecting Fyreslayers. 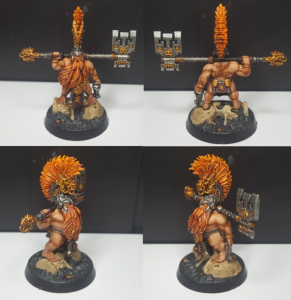 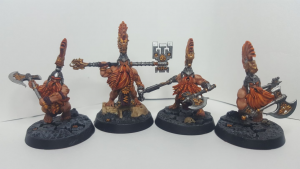